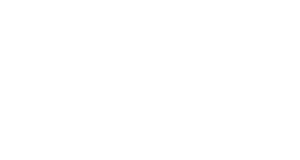 It was the fifth mission to Mars carrying a rover, a small motor vehicle that travels across the surface of the planet looking for past or present signs of life on Mars, testing the climate and geology of Mars, and preparing for future human exploration.

The first two rovers were tethered and never began their missions. The Sojourner rover landed in 1997 and operated for three months prior to NASA’s losing contact. On January 4, 2004, three weeks before Opportunity landed, the Spirit mission touched down and the Spirit rover began its journey across Mars. Spirit covered about 4.8 miles over six years before becoming trapped in sand.

Opportunity was built with an expiration date of 90 days, but rather, it operated for nearly 15 years, covering more than 25 miles. It took a freak of nature to end Opportunity’s mission. A global Mars dust storm in June 2018 blocked the necessary sunlight to recharge its batteries. NASA tried for months to reactivate the rover before giving up and declaring its mission complete on February 13.

Forest City Gear built gears for both Spirit and Opportunity.  Despite the demise of Opportunity, our Mars work continues. FCG manufactured gears for the Mars Science Laboratory and Curiosity, which began operating when the mission touched down on August 6, 2012.

Curiosity is larger, the size of a small car, and specifically is exploring a Mars crater to determine see if the crater ever had environmental conditions that could have produced microbial life.

We’re working diligently on the next set of gears for the Mars 2020 mission. Although millions of space enthusiasts around the world will miss Opportunity, how  many projects live 15 years beyond expectations?  The Mars mission of discovery continues.